Minister Dr Zweli Mkhize, projected a spike in the numbers of deaths and infections in South Africa that could force a country to consider a lockdown back to stage 4 or 5.

Dr Zweli Mkhize said people need to work and support frail economy while attention is also given to this pandemic by curbing it from spreading.

People are being urged to be more responsible for their lives, respect and follow precautional measures to fight against Covid 19.

Economy might be opened but that does not mean that the pandemic has been eliminated, disease is still out there.

People should understand that lockdown was necessary to get ready in terms of medical equipment and supplies, when it was relaxed, it did not mean that disease disappeared, people still need to protect themselves, as prevention will always better than cure.

Odometer clipping or haircut is one of the rife habit that is being done by the car dealerships in South Africa.

Mileage rollback is allowed on your own vehicle but not allowed for cars that will be sold in the market, that literally constitute fraud.

When charging a car dealership with such crime, you have to produce proof to lay a charge against them.

If you are looking for buying a second hand car, it is very important to be cautious and get a specialist that would test your car before purchasing it.

It is also important to look for wear and tear inside the vehicle like worn steering wheel, seats. Our economy is very frail so you may end up buying a second hand car, of which that would be a bargain if that car was maintained regularly.

Follow up with a service center about the service history of a vehicle and check their stamp on the service book, some dealerships put their own stamps to deceive customers to buy partial serviced vehicles.

Some people praise and blame colonization in the same breath in Africa, they praise it in a manner that such system helped Africa to be developed or industrialized some other people blame it because colonization gave birth to discrimination, ethnic and political woes.

It is utmost important to bear in mind that there are many heroes and heroines who fought with such systems to set Africa free through all tactics that were deemed fit, one of the main tactics were politics.

There were many political parties that were formed around Africa to oppose colonial system and apartheid, but they have done a little to correct those damages that were caused by the oppressors.

It’s been awhile Africa fighting with colonization and apartheid but she never succeeded as the continent is currently being exploited by her colonizers.

When these two political parties are formed, it mean Africa will have one president as whole of high caliber to take this continent forward.

Myriad political parties translate that our ideas are different whereas we only have one mission to set Africa free from the chains of slavery, colonization, discrimination etc. 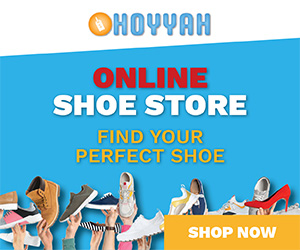